Carrie Behar and Arash Beizaee have been announced as the winners of the annual LoLo CDT Student Paper Competition for 2012/2013. The competition recognises and rewards high quality research work submitted by students to a peer reviewed journal or conference. Submissions must have been made between January 2012 and end of February 2013.  The winners will present their papers at our annual Colloquium on 21st November.

Papers were evaluated by the panel using the following criteria:

a) interest and impact of subject area

b) quality of research 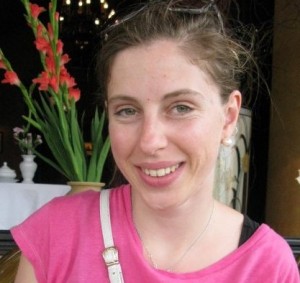 Abstract:This paper presents the findings of the first stage of a case study to examine how residents embed energy efficient ventilation systems into their lives. Qualitative data were analysed using the domestication of technology theory, in order to explore the interactions between ventilation systems and their users. We investigate to what extent the four stage model of domestication (appropriation, objectification, incorporation and conversion) proposed by Silverstone et al. (1992) can be used to interpret residents¹ experience of living in low energy homes containing one of three ventilation systems: passive stack ventilation, mechanical extract ventilation and mechanical ventilation with heat recovery. Fieldwork is being conducted at three recently completed social housing developments, using in-depth interviews, photography and a walk-through of the dwelling with the resident. The paper argues that seen through the theoretical lens of domestication theory, the phenomenon of adaptation to ventilation technology is complex and the findings challenge some of the assumptions of the domestication model. We suggest that the users¹ adaptation experiences could be better viewed within a conceptual two-dimensional Œadaptation space¹, where the two major axes are defined by the varying degrees of access to and utilisation of help and the different individual understandings of the system. 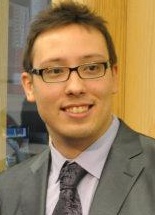 Submitted to: Journal of Building and Environment

Abstract: This paper presents one of the first national scale studies of summertime temperatures in English dwellings. Living room and bedroom temperatures were recorded in 207 homes across the England during the cool summer of 2007. Data was also collected by face-to-face household interviews. Fourteen homes (7%) were observed to be heated for part or all of the analysis period (July to August). Based on the BSEN15251 adaptive thermal comfort model, the 193 free-running dwellings would, in general, to be considered as uncomfortably cool. Over 72% of living rooms and bedrooms had more than 5% of hours below the BSEN15251 Cat II lower threshold, with over 50% having more than 5% of hours below the Cat III threshold. Detached homes and those built before 1919 were significantly cooler (p<0.05) than those of other type and age. Static criteria revealed that, despite the cool summer, 21% of the bedrooms had more than 5% of night time hours over 26ºC; which is a recommended upper limit for bedrooms. The bedrooms of modern homes, i.e. those built after 1990 or with cavity walls, were significantly warmer (p<0.05). The bedrooms in homes built prior to 1919 were significantly cooler (p<0.05). The living rooms of flats were significantly warmer than the living rooms in the other dwelling types (p<0.05).The incidence of warm bedrooms in modern homes, even during a cool summer, is of concern, especially as there is a strong trend towards even better insulation standards in new homes and the energy-efficient retrofitting of existing homes.