The Energy Performance of Buildings Directive of the European Commission sets a zero energy goal for all new buildings by the end of 2020. In the UK, the Government went beyond the EPBD by setting a target of achieving all new homes to be zero carbon by 2016. One of the relatively recent concepts is the plus energy house, which uses renewable energy sources in order to produce more energy than it consumes. Plus energy houses are generally ventilated by MVHR systems. However, many researchers have expressed concerns about the performance of MVHR systems in terms of indoor air quality, thermal comfort and total carbon emissions in new dwellings with high standards of airtightness, such as plus energy houses. 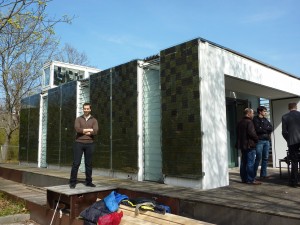 This research project aims to investigate whether appropriate advanced control algorithms can make natural ventilation an integral feature of plus energy houses in Central Europe and to explore the possibility for a wider implementation of the proposed control strategy.

This was achieved by proposing modifications to an existing design of a plus energy house and consequently using combined airflow and thermal modelling in order to test various CO2-based demand control strategies for the climate of Stuttgart. The proposed strategy resulted in an annual energy surplus of 1,299 kWh for home+, while maintaining acceptable indoor conditions throughout the day both in terms of indoor air quality and thermal comfort.
Additionally, the potential for a wider implementation of the proposed system was explored by testing the performance of the case study dwelling in five locations in the UK. In some cases the energy consumption of the house was even lower than in Stuttgart. Namely, the specific design resulted in 10% and 16% less energy for space heating in London and Birmingham respectively without further refinement. 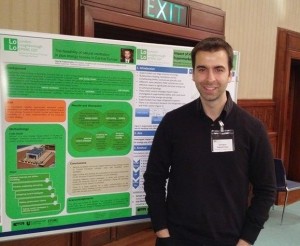 W4LP5 - A parametric analysis of the energy savings predicted by different thermal models: implications for the UK Green Deal