The UK building stock is responsible for about 40%-55% of the total UK CO2emissions (Mackenzie, 2010, CAT, 2010). As a result, the UK government has set ambitious targets for the construction of new housing, which are required to be ‘zero carbon’ by 2016 and all other buildings by 2019. (ZCH, 2011, AECOM, 2011) However, at least 75% of housing already built will still exist in 2050 (SDC, 2006). Therefore a significant energy efficiency refurbishment programme will be required in order to achieve such large carbon reductions. (Mackenzie, 2010) There are around 25 million existing dwellings (DECC, 2010, Boardman, 2005) and around 7.6 million of these homes are ‘hard to treat’ solid wall Victorian properties (DCLG, 2007) and were usually built with suspended timber ground floors (Rock, 2005, Cook, 2009).
Most of these floors remain un-insulated, and it is unclear how much heat loss  currently occurs through such ground floor constructions. This research investigated suspended timber ground floors by critically reviewing existing literature, models and in-situ measurements, alongside undertaking in-situ floor heat-loss measurements.

Findings highlights gaps in research and the need for improved theoretical models and in-situ data and error analysis protocols. 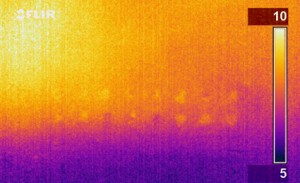 PhD research will extend and build on the above research and proposes to investigate the unintended hygrothermal consequences of insulating such floors.

Distilling environmental theory, design guidance & legislation into one illustrated, easy to use source – for architects, students, designers, clients and anyone in the construction industry. Published by RIBA Publishing, March 2012. Contents list and chapter summaries can be downloaded by clicking on the title above.

Sofie has been selected as one of this year’s judges for the UK Passivhaus Awards.

First guest blog for EcoWan, Eco in the City.

Biodiversity & greenery in the city

A sustainable future: the role of the architect and designer in delivering low carbon buildings

Sofie wrote a comment piece in Blueprint April 2012 (p 83): “Considerations regarding the environmental performance of a building are often perceived by the design industry as an additional constraint or obstacle in a world beset by bureaucracy”. Sofie argues that environmental drivers should be used as a generator of design aesthetic rather than seen as another constraint or ‘box to tick’.

Workshop to discuss what low carbon construction is and how it affects SME’s clients and business.

Workshop to discuss what low carbon construction is and how it affects SME’s clients and business.

Brief workshop at Build Essex on behalf of Suscon to engage with SME’s in East England region to deliver low carbon construction.

Sofie spoke at UCL’s Grand Challenges about the Future of Housing in London as part of London 2062.

May 11th, launch of The Environmental Design Pocketbook.

“How to measure and estimate heat-loss from un-insulated suspended timber ground floors in pre-1919 dwellings?”

The purpose of the thesis is to critically evaluate accepted theories and models, including in-situ measurement techniques, for estimating the heat-loss from un-insulated suspended timber ground floors in pre-1919 dwellings. Both the theoretical models as well as the empirical measurements undertaken and the analysis of the data collected highlighted a number of limitations in the accepted models and procedures currently used for estimating heat-loss from suspended timber ground floors. In particular, theoretically calculated heat-loss models rely on several assumptions while they also appear to omit certain heat-loss phenomena, possibly leading to inaccurate results. Moreover, in-situ measurements have errors associated with them, leading to uncertainty of findings. It also became apparent that when analysing empirical data, different data and error analysis procedures lead to significantly different U-value estimates. While no reconstruction of theoretical models nor a revision of data/error analysis methods is put forward, some preliminary insights are presented with regards to the need for improved theoretical underpinnings of suspended timber ground floor heat-loss models, as well as the need for standardised data and error analysis of in-situ heat-loss measurements and a more transparent way of presenting U-values in both cases.

Collection of thoughts and musing for public engagement.