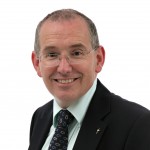 Ant gained a BSc(Hons) in Building Engineering from Bath University and went on to join Oscar Faber (now AECOM) in 1979.

He leads the Sustainable Development Group promoting low energy/carbon building designs. Ant is a Chartered Engineer, a Fellow of the Chartered Institution of Building Services Engineers, the Energy Institute and the Society of Façade Engineering and a Member of the Socety of Lights and Lighting.

Ant is a CIBSE Low Carbon Consultant, received the AECOM 2007 Excellence Award for Thought Leadership, holds a Silver Medal from CIBSE for contributions to the Institution (2007), was recognised as the most influential person in building services engineering in 2008 by H&V news and was the first ever winner of the ACE engineering ambassadors award in 2008 and was awarded the Construction and Building Services Division Prize 2009 by the Institution of Mechanical Engineers.