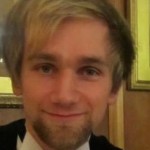 From 2009 to 2013 I did an MEng in New and Renewable Energy at Durham University. This consisted largely of mechanical engineering with some electrical engineering. I did third year at Technische Universitaet Berlin, Germany. The course at Durham focussed on generation and transmission of renewable energy, but during my final year research project on heat recovery from domestic greywater I also became interested in energy demand.

For my MRes project I developed a model to predict surface temperatures on artificial sports pitches, based on weather data and the thermal properties of the materials from which the pitch is made.

In my PhD I am investigating the likely national GB heat pump electricity demand under a widespread uptake of heat pumps for domestic space and water heating, based on monitored data. Using monitored data from real heating systems means that the estimates produced represent the way heating systems are actually used, rather than being based on arbritary assumptions.

W6LP6 – Aggregated load profiles of domestic buildings: the implications of an all-electric future