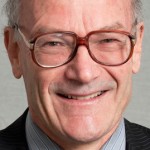 Paul Ekins has a Ph.D. in economics from the University of London and is Professor of Resources and Environmental Policy at and Director of the UCL Institute for Sustainable Resources, University College London.He is also a member of UNEP’S International Resource Panel; a Fellow of the Energy Institute; a Senior Consultant to Cambridge Econometrics; a Co-Director of the UK Energy Research Centre, in charge of its Energy Systems and Modelling theme; and he leads UCL’s participation in the EPSRC SUPERGEN consortium on hydrogen fuel cells and on bioenergy research.

He is a member of Ofgem’s high-level Sustainable Development Advisory Group, and was Chairman of the Government-funded National Industrial Symbiosis Programme (NISP), the UK’s most successful programme to improve resource productivity. From 2002-2008 was a Member of the Royal Commission on Environmental Pollution. From 1997-2005 he was a specialist adviser to the Environmental Audit Committee of the House of Commons, from 2003-2007 was a Member of the Government’s Sustainable Energy Policy Advisory Board, and in 2007 was a Specialist Adviser to the Joint Parliamentary Committee on the Climate Change Bill.

He has extensive experience consulting for business, government and international organisations, which has included over 50 projects and consultancies over the last ten years, and many advisory positions. He has also been a consultant to the Government’s Sustainable Development Commission, and an adviser to the UK Government’s Advisory Committee on Business and the Environment and Round Table on Sustainable Development, and has been a frequent contributor to His Royal Highness the Prince of Wales’ annual course for senior executives on business and the environment at the University of Cambridge, and the Cambridge Programme for Sustainability Leadership.

Since 2003 he has been a member, and is now Chairman, of the Judging Panel, UK Ashden Sustainable Energy Awards, and he is on the Judging Panel of the Rushlight and Rosenblatt New Energy Awards. He was a member in 2010-11 of two Ministerial Advisory Panels, on the Green Deal (DECC) and on the Natural Environment White Paper (DEFRA), and is on the Advisory Board of DECC’s Energy Efficiency Deployment Office.

Paul Ekins’ academic work focuses on the conditions and policies for achieving an environmentally sustainable economy, and he is an authority on a number of areas of energy-environment-economy (E3) interaction and environmental policy, including: sustainable development assessment methodologies; resource productivity; sustainable energy use; E3 modelling and scenarios; the adjustment of national accounts to take account of environmental impacts; environmental economic instruments and ecological tax reform; sustainable consumption; and environment and trade. He is the author of numerous papers, book-chapters and articles in a wide range of journals, and has written or edited twelve books, including Global Warming and Energy Demand (Routledge, 1995); and Economic Growth and Environmental Sustainability: the Prospects for Green Growth (Routledge, London, 2000). His most recent books of which he is editor or co-editor are Understanding the Costs of Environmental Regulation in Europe (Edward Elgar, Cheltenham, 2009) and Trade, Globalization, and Sustainability Impact Assessment: A Critical Look at Methods and Outcomes (Earthscan, London, 2009), Carbon-Energy Taxation: Lessons from Europe (Oxford University Press, Oxford), Hydrogen Energy: Economic and Social Challenges, (Earthscan, London), Environmental Tax Reform: a Policy for Green Growth (Oxford University Press, Oxford); and Energy 2050: the Transition to a Secure, Low-Carbon Energy System for the UK (Earthscan, London).