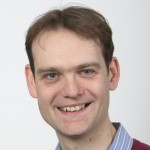 Paul Dodds is a Lecturer in Energy Systems in the UCL Energy Institute and the Institute for Sustainable Resources. He specialises in energy systems modelling and has particular interest in the applications of models to hydrogen and bioenergy.

He has recently been developing a new energy systems model, UKTM-UCL, to replace the UK MARKAL model. UK MARKAL has contributed to UK energy policy over the last 10 years and it is likely that UKTM-UCL will be used by the Department of Energy and Climate Change to provide evidence for the forthcoming fifth carbon budget.

Paul has a comprehensive knowledge of climate change issues from climate science, adaptation and mitigation perspectives. During his PhD at the University of Leeds, he developed a new crop model for adaptation research and created the most detailed long-term meteorological datasets for West Africa in existence. This work included fieldwork in Africa and six months working at the CIRAD research centre in Montpellier, France. He previously worked at CSIRO in Adelaide on irrigation issues in Australia. From an energy perspective, his previous positions include working as a Research Fellow at the UK Parliament, where he examined the transition to a low carbon economy in the UK, and working on safety and economic issues in the nuclear industry.

Paul supervises five PhD students. He also supervises Masters student theses and gives seminars to the MSc in Economics and Policy of Energy and the Environment.