Researcher in the Behavioural Insights Unit at Ofgem 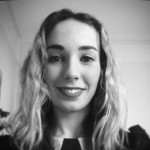 Moira Nicolson is interested in designing interventions based on insights from behavioural economics and testing their effectiveness at encouraging consumers to participate in demand-side-response to reduce peak demand for electricity. Her MRes project used a randomised control trial to test whether behavioural economic interventions could be used to boost the number of British consumers switching to time-of-use (off-peak) electricity tariffs.

She obtained an MSc in Public Policy from UCL in 2013 where she specialised in quantitative research methods and econometrics, completing a thesis which exploited a natural experiment to assess the impact of female representation in Indian local government on contraception use by women.

Alongside her MSc, Moira worked first as a project manager for a training consultancy firm, where she won an award for her work on a behaviour-change project for her client Transport for London, and then in the campaigns team at the international-development charity VSO.

She obtained a BA in English Literature and Philosophy from the University of York in 2010.

W5UP5 How can we encourage consumers to switch to time of use tariffs? Evidence from a randomised control trial on a nationally representative sample of British energy bill payers