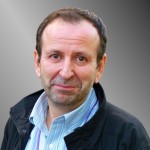 John Mardaljevic is Professor of Building Daylight Modelling at the School of Civil & Building Engineering, Loughborough University. Previously he was a Reader in Daylight Modelling at De Montfort University, Leicester, UK. His first degree and higher qualifications are: a BSc in Combined Physics with Maths, an MPhil in Astrophysics and a PhD in Daylight Simulation. Mardaljevic’s first significant contribution in the field of daylight modelling was the validation of the Radiance lighting simulation program under real sky conditions. That validation work is considered the definitive study of its kind and it helped to establish the Radiance system as a de facto standard world-wide for lighting simulation. Mardaljevic went on to pioneer the development and application of what has become known as climate-based daylight modelling. These techniques have been successfully applied to help solve a wide range of traditional and novel building design problems – see list below. As an acknowledged world leader in daylight modelling, Mardaljevic was invited in 2007 to join the panel convened to revise British Standard 8206: “Daylight in Buildings”. The single significant feature of this revision is a Technical Annex on climate-based daylight modelling (drafted by Mardaljevic). This serves as a notification that the BSI expect future revisions to be founded on climate-based measures, and signals the first move away from standards based on the half-century-old daylight factor method. In December 2008 the Board of Administration of the International Commission on Illumination (CIE) approved the formation of Technical Committee 3-47: Climate-Based Daylight Modelling following a proposal made by Mardaljevic earlier that year. The Technical Committee selected by Mardaljevic (who is the chair) comprises key researchers and practitioners from institutions worldwide that include: the Massachusetts Institute of Technology, Harvard University and Lawrence Berkeley National Laboratory. In 2010 Mardaljevic was appointed ‘UK Principal Expert on Daylight’ for the European Committee for Standardisation CEN / TC 169 WG11.