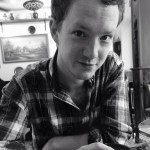 Harry is a Physics graduate and energy researcher from mid-Wales. After completing an MPhil in Applied Mathematics he studied for an MA in Linguistics, in order to better understand social scientific research techniques.

Alongside academic research, he has worked in journalism as a consultant for Greenpeace’s Energydesk and most recently with the Open University on the AHRC funded project ‘Stories of Change’ as a researcher for the BBC’s Roger Harrabin.