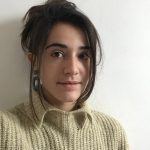 I am currently undertaking my first year of PhD research, which focuses on the political economy of the ‘third wave’ of power market reforms being implemented to cope with increasing renewable shares in three electricity systems: the UK, Italy and California. Alongside my PhD, I am working as a research assistant as part of the INATBA Taskforce, a joint initiative of the International Association for Trusted Blockchain Applications and the Global Observatory on Peer-to-Peer Energy Trading.
Over the last year, I completed a four-months work experience at the International Energy Agency’s Energy Efficiency Division where I contributed to several publications including the Energy Investment Outlook, United Nation’s SDGs progress report, and co-authored a policy paper providing guidance on the use of utility-funded energy efficiency programs for enabling economic growth in the context of the ongoing COVID-19 crisis.
My MRes research investigated an understudied aspect of the UK sustainable energy transition: the evolution of the governance of electricity distribution networks. The study identified a number of perceived implications of current change trajectories and revealed potential pathways for policy and regulatory action. Findings were presented at engineering consultancy ARUP and are in the process of being disseminated through an academic publication.
My background is in journalism and political science. I joined Lolo after completing an MSc in Global Governance at UCL during which researched the determinants of investment in renewable energy in developing countries. I presented this work to the International Climate Finance Team at the UK Department for Business, Energy and Industrial Strategy (BEIS) and the resulting paper has been recently published on the Journal of Cleaner Production.

The political economy of electricity market reforms for the integration of renewables in Italy, California and the UK

Integrating a growing share of variable renewable generation in power systems requires adjusting the design of liberalised wholesale power markets to provide adequate long- and short term- coordination signals to market participants, and ensure adequate investment in flexible capacity. This study puts the recent wave of wholesale power market reforms aimed at enabling renewables integration at the centre stage of its analysis, using a political economy perspective to compare the forms that this process has been taking across different jurisdictions. Specifically, it aims to explore whether and how the interplay between economic and political factors has been affecting the formulation of these reforms across three jurisdictions: Italy, California and the UK. In doing so, it relies on comparative case study analysis and process tracing, drawing from multiples sources of evidence such as policy documents and interviews with key stakeholders.

The political economy of electricity…