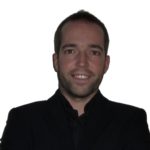 Francesco works as Senior Researcher at EURAC Research within the Energy Efficient Group (Renewable Energy Institute) and successfully defended his PhD at Loughborough University (within LoLo) in December 2017. During his last two years at Loughborough University, he worked also as University Teacher. His field of interested is numerical modelling, including CFD, human thermal regulation and dynamic thermal modelling, and measurement techniques that are used to validated the models. For his research, both commercial software such as ANSYS CFX and COMSOL Multiphysics, and programming languages such as Python are used.

Alongside his research activity, Francesco organized the second LoLo student-led conference, which had over 100 registered participants mainly from UK universities, and was the post-graduate research students rep (PGR rep) for his school at Loughborough until June 2017.

Francesco studied at the University of Trieste (Italy), where he completed his Bachelor’s Degree in Civil and Environmental Engineering and his Master Degree in Building Engineering. Having passed this Master cum laude, he was allowed to take the exam for the professional engineer license in July 2012 in Italy. He worked as an engineer and as a project manager for one year and half in Italy and Germany before joining LoLo in September 2013. He completed with distinction his MRes in September 2014. His dissertation focused on ventilation cooling towers in plus-energy houses, and included CFD and dynamic thermal modelling. An insight into this project was presented at MC2014 Masters Conference People and Buildings in London in September 2014, winning a prize for the best presentation.