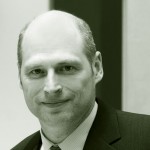 David Adams is the Chair of our Advisory Board. His prime focus is on building the market for upgrading the energy efficiency of the existing buildings and also Zero Carbon new build homes.

David was instrumental in creating and setting up the Zero Carbon Hub in 2008, reporting to the Housing Minister and 2016 Task Force; the organisation works with the wider house building industry and government to facilitate the mainstream delivery of low and zero carbon new homes from 2016. As a Director of the ZC Hub, he chaired the specialist task group which developed the Fabric Energy Efficiency Standard for homes and is currently chairing the Task Group commissioned by the Minister to recommend an appropriate minimum national Carbon Compliance standard.

To drive forward low energy refurbishment of existing homes David works with a range of organisations. He has a particular interest in policy / funding mechanisms and developed & promoted the “Pay As You Save” low energy financing concept and chaired the UKGBC’s “PAYS” Task Group.

An early career within the automotive sector was followed by 10 years in product manufacturing in a range of roles including 4 years as General Manager of a medium sized insulation business.